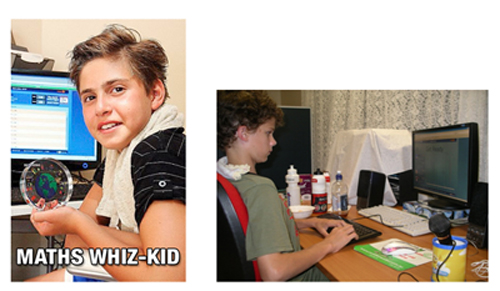 World Maths Day, the largest educational event in the world, took place on the 4th March 2009. The event drew plenty of media interest with close to 2 million students attempting to break the world record for the most correctly answered maths questions in 48 hours. An 11 year old boy from the Gold Coast, Australia, emerged as the world champion for 2009. Congratulations to Kaya G representing Team Australia. Remarkably, another Australian student – David A, also from the state of Queensland placed in the top 3. Congratulations to David A from Fraser Coast Anglican College in Hervey Bay for placing 3rd in the world!

There was also a new class of champions! Congratulations to F2 Team A from the Cempaka Schools in Malaysia who hit the million points mark, a phenomenal effort.

Any cookies that may not be particularly necessary for the website to function and is used specifically to collect user personal data via analytics, ads, other embedded contents are termed as non-necessary cookies. It is mandatory to procure user consent prior to running these cookies on your website.